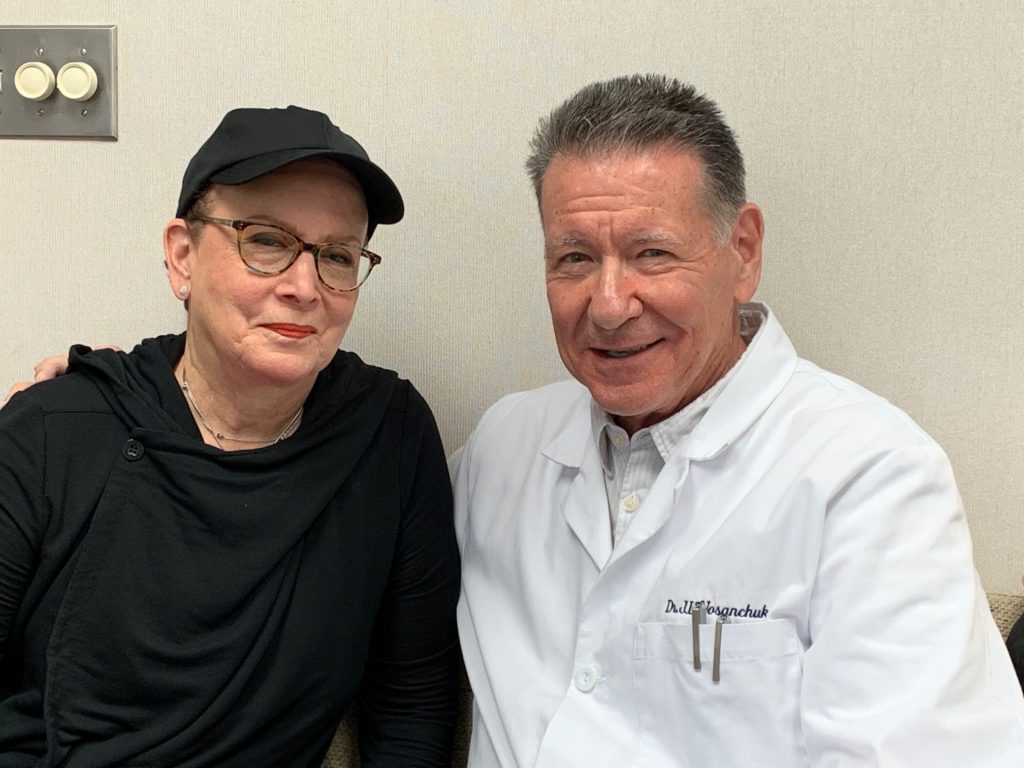 “My primary focus is to help every  menopausal woman who comes to my office to have an optimum quality of life.  We offer treatment regimens that rarely fail to resolve menopause-related hot flashes, sweats, sleep disturbances,  headaches, fatigue, depression and sexual dysfunction even when previous treatment attempts have failed. Our goal is for each one of our menopausal patients to be able to say” … I’m Back to being me.

This website provides Information on Bio-Identical and Natural Hormone Therapy, Hormone Pellet Implants, Compounded Hormone Gels, Patches and Creams. A review of the most effective and safest options.

Dr. Nosanchuk, (Dr. N) has specialized in the care of menopausal women for over 30 years. His office is located in Southeastern Michigan. Appointments and phone consultations can be scheduled by calling (248) 644-7200 and speaking to Caroline.

This section addresses the role of sex hormones in maintaining libido and sexual function. It discusses how a natural, or surgical menopause, or medications may affect your sexual experience and provides treatment

options to restore your sexual desire and function.

There just doesn’t seem to be any way of getting around it. If you’re menopausal and want to be at your optimum sexually, you need to replace your hormones. Menopausal women, without the benefit of hormone replacement, may be capable of enjoyable and satisfying sex. They may be capable of great sex. But ultimately they loose the potential, as least as far as sex is concerned, to be the best they can be.

Click on the link below to go to Dr. Nosanchuk’s Video Channel

A healthy lifestyle, a positive attitude, exercise, a loving, giving, patient and understanding partner …all are important. But, they cannot substitute for adequate hormone levels. It is clear and unequivocal; the integrity of the sexual experience is dependent on sex hormones.

WHAT IS DESIRE PHASE DISORDER?

Lack of, or diminished sexual desire and loss of sexual motivation is sometimes referred to as a “desire phase” disorder.

ARE THERE DIFFERENCES IN HOW WOMEN ARE AFFECTED?

A postmenopausal woman’s decrease in libido can range widely, from a barely noticeable fall in sexual interest to a “sexual aversion” where the very thought of being touched in a sexual context is repulsive. A number of patients have told me, ” I feel dead from the waist down”, to describe their lack of sexual interest. Several who were affected to a lesser extent have shared, that although they really had no interest in sex or in initiating sexual contact, once they were aroused by sexual direct stimulation, the sexual activity was enjoyable and orgasm was possible. Not all women are concerned over their loss of libido and have no interest in restoring it. It is like not being hungry, you’re not worried about eating. Other women are devastated by their loss of sexual desire are interested in pursuing any reasonable treatment that will allow them to regain their previous sexuality.

Unfortunately, many women who express a concern about a lowered sex drive are referred to a psychiatrist, counselor or psychologist, before even a cursory analysis of their hormonal status and/or Hormone replacement therapy program is considered. Certainly, stressful life events, health, psychological or relationship problems influence libido, but these factors should only be considered along with the menopausal woman’s hormonal status.

WHAT CAUSES A DECLINE IN SEXUAL DESIRE?

The decline in sexual desire is likely a direct result of diminished sex hormone levels on the brain itself. Although estrogen plays a part, the hormone that has been shown to be most closely associated with sex-drive is testosterone.

The ovary, although incapable of producing estrogen after a “natural” menopause, may continue to produce significant amounts of testosterone for several years. This is the reason why many women maintain a good sex-drive for a considerable length of time. These testosterone levels provide additional benefits to the naturally menopausal woman. Tissues of the body are able to convert some of this circulating testosterone to estrogen. This is the mechanism by which naturally menopausal women have fewer and less severe symptoms and health problems usually attributed to sex hormone deficiency. If a postmenopausal woman were to undergo removal of her ovaries, this benefit would be lost. 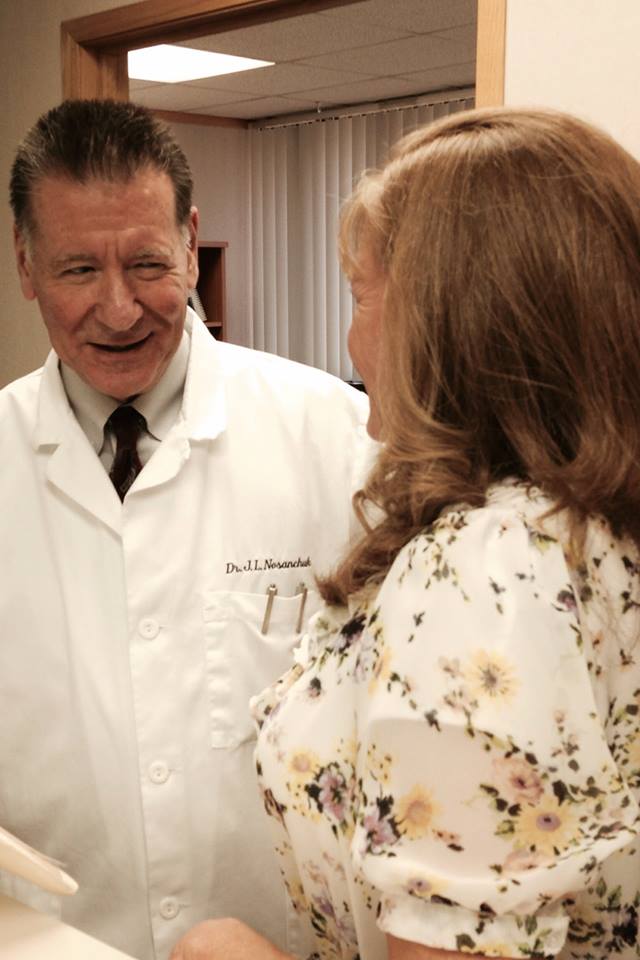 WHAT ABOUT PREMENOPAUSAL WOMEN WHO HAVE HAD A HYSTERECTOMY?

If the surgery is performed prior to menopause and the ovaries are preserved and their hormone secretion is unaffected, there may be no change in libido following the post-operative healing period. In fact, some women experience a post-surgical increase in sexual desire if prior to the surgery they had been distracted by heavy bleeding or significant pelvic pain. There is evidence, however that in this group of patients, ovarian failure occurs up to 50% of the time within 3 years following the surgery. If this happens, a diminished libido and other menopausal symptoms would reflect the decline in hormone levels. Unfortunately, some physicians are not aware of the frequency of ovarian failure following hysterectomy. I have seen many patients who were in this category whose physicians refused to believe their loss of desire and sexual issues were related to their surgery.

If the surgery is performed prior to menopause and the ovaries are removed, the fall in estrogen and testosterone levels is abrupt and severe. As would be expected this type of surgically induced menopause almost always, results in a dramatic fall in sexual desire.

IS THERE ANYTHING ELSE THAT CAN CAUSE PROBLEMS WITH MY SEX DRIVE AFTER MENOPAUSE?

WHAT ARE SOME OF THE MEDICATIONS THAT CAN CAUSE A PROBLEM?

A class of anti-depressants, SSRI’s frequently depress both libido and potential for orgasm. SSRI’s can do this so effectively in some patients that it is used as a treatment for obsessive sexual preoccupation and premature ejaculation.

I have had several patients express a concern over a fall in their libido who had recently begun treatment with an antidepressant, not realizing that their medication was responsible. Occasionally, delayed ejaculation or inability to ejaculate develops in men who are not aware of this side effect and can lead to conflict in a relationship if the couple is not aware the problem is due to the antidepressant.

Orally administered estrogen replacement medications and oral contraceptives are absorbed by the gastrointestinal tract and reach the liver in a “bolus”. This so called “bolus effect”, induces the liver to increase its production of a substance, “sex hormone binding globulin” (SHGB) which binds to circulating testosterone, leaving less “unbound” or “free” testosterone available to maintain libido. This is not well known and is often not recognized as a cause for a diminished libido. 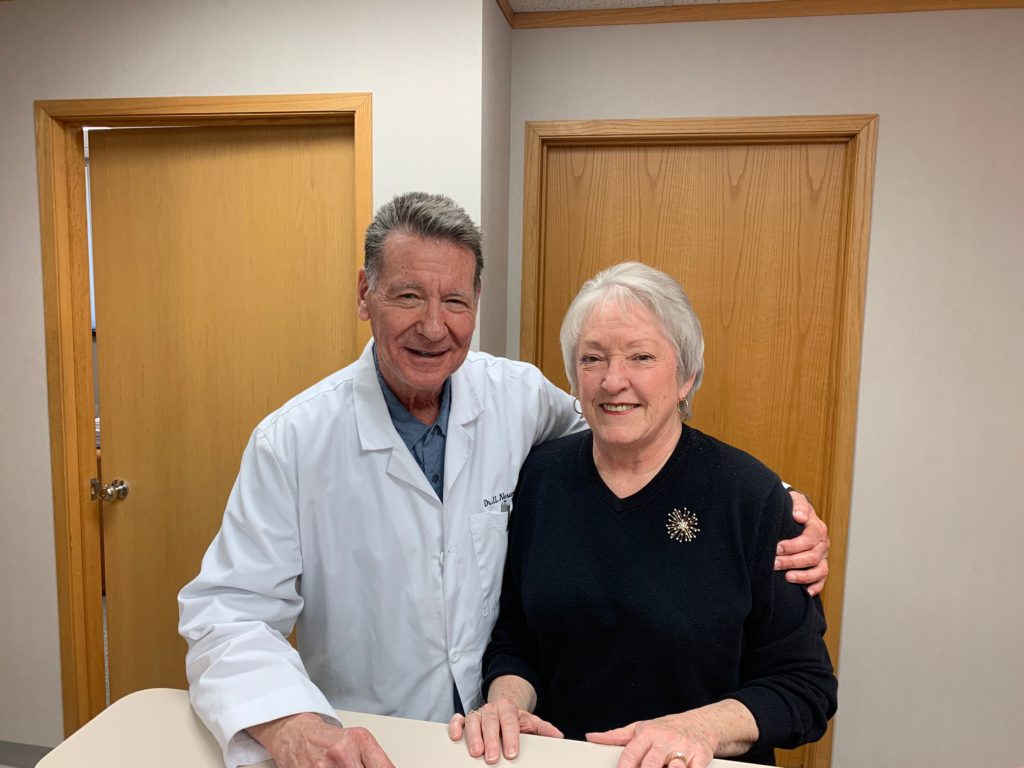 HOW EFFECTIVE IS HORMONE REPLACEMENT THERAPY IN MAINTAINING LIBIDO?

It is very effective. Optimum regimens of hormone replacement will almost always maintain or restore libido. This will often take 4-8 weeks of treatment and it helps if you are aware of this ahead of time.

Many women, especially those, who have had a surgical menopause, will need a regimen that includes testosterone replacement. This may include some women who choose an oral regimen due its effect on SHBG levels as described above. Testosterone can be given by most of the routes of administration, including injections, gels and subcutaneous implants. When nothing else seems to work, subcutaneous implants rarely fail to reestablish libido.

In the late 1980’s, a television journalist who had interviewed me for some news segments, which dealt with menopausal issues, called me with a request. He shall remain unnamed for his own protection and journalistic credibility. He wanted to know if I could find a woman for an on-air news segment interview, “over 50”, and “still having sex”. After a brief period, during which I was recovering from having been rendered speechless, I told him that I was sure I could find someone. We made arrangements for the interview to be shot at my office the following week.

The television journalist and his camera crew appeared at the appointed time. I introduced them to June, an attractive, very sexual, woman of 80, who had been on hormone replacement therapy for over 30 years. The interview was broadcast on the evening news the following day to a potential audience of several million. June was an educated and sophisticated woman who was anything but shy. She informed the journalist and the viewing public, that she enjoyed sex, had intercourse on average twice a week …and was orgasmic. I was chuckling for days. On the way out she told me that she probably would have had sex more often had she been getting along better with her husband. I was pretty impressed with her. I was pretty impressed with both of them. At this time I have two 90 year old female patients on hormone replacement therapy both of whom have a very good libido, have partners, and are physically capable of sexual intimacy.

Dr. N has specialized in the care of menopausal women for over 30 years.  His office is located in Bingham Farms, Michigan.  For an appointment or phone consultation call: (248) 644-7200